Reasons why vaping is a great alternative to smoking

Vaping is one of the best smoking alternatives and although it has been around for quite a while it has started to even out now as the hype phase is gone and now has a steady stream of consumers joining and leaving. Over the last decade many inventors, as well as companies, have worked on improving alternatives to smoking. Even though vaping has evolved quite a lot since those early days, the appeal remains the same. 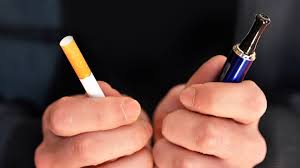 The initial interest was seen as a fad but in recent times the renaissance and interest in that vaping on the global scale is due to certain benefits. The reason many users are picking up vaping or switching to vaping from smoking is primarily driven by these benefits.

With the aid of an e-cigarette, many thousands of people around the world have already stopped smoking. There is increasing evidence of their being able to be successful. Using an e-cigarette will help control your cravings for nicotine. Make sure that you use it as much as you need and with the right nicotine intensity in your e-liquid, to get the most out of it. A major clinical trial released in 2019 found that people who used e-cigarettes to stop smoking, when combined with professional face-to-face support, were twice as likely to succeed as people who used other nicotine replacement items, including patches or gum.

Better on the Lungs

Vaping is better on the lungs because heat is not involved in it. Vapors produced in this process are cooler than smoke produced by traditional smoking.

Smoking causes significant damage in the airways and lungs.  When a person smokes more, a cell that produces mucus in the airway and lungs grows in number and size. As a result, the lungs cannot clean out extra mucus. This mucus remains in airways, jamming them, and makes a person cough.

Smoking makes your lungs age faster and decreases the efficiency of your natural defense mechanism in protecting you against infection. 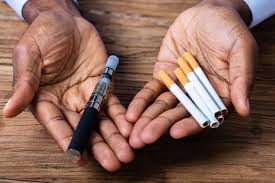 Many people don’t like smokers taking a drag around them. It might be because of the unbearable smell of the poisonous smoke that smokers end up releasing.

But luckily, vapers don’t have to experience such things. Since the vapor is significantly less harmful and it can smell wonderful, users have found that it is more socially acceptable. Not only that but many places that have big ‘No Smoking’ signs even allow people to freely vape as much as they like.

Yet vaping isn’t a magic cure for everyone who wants to quit smoking. You may conclude it isn’t for you, but you may love it so much that you’ll never go back to smoking. If you should decide to vape then check out Vaporesso. Vaporesso is a well-known brand noted for its variety of vape devices and supplies.